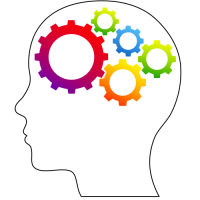 When Aurora was back in bed, he thought about what he did to Gund, and then Aurora’s last spirit arrived.  “Who are you?” asked Aurora.

“Well, Peter, it’s nice seeing you, but I should get some more sleep,” said Aurora.

Peter said, “Come with me.  You’ll be able to sleep later.”

“Where are we going?”

“We were doing what the first spirit did.  We’re going to your past,” Peter answered.

Peter took Aurora to his past, all the way to when Aurora and Gund played Hide and Seek together.  “You know this place, Aurora, it’s your home.”

“What about my home?  Why did you bring me here?”

“Do you remember when you played Hide and Seek with Gund?  You know that you tricked Gund for the second time and made him even more upset than you did the first time you tricked him.  And on the cruise, you made Gund really upset and you lost your friendship.”

“Aurora, don’t you know that God really loves you so much?”

“He’s your real God and wants you to be good, and He teaches you to love people, and you didn’t love Gund at all.  You were selfish by never giving Gund a turn with the flaming sword.”

“Oh no!  Will you please give me one last chance?”  Aurora begged.

“You do have one last chance, but remember, if  you don’t give Gund a turn with the flaming sword for the fourth time, you will have the heaviest chains on you.”

“I’m sleepy, and I’m awfully sorry for what I did to Gund.”  As Aurora said this, the spririt, Peter, vanished, and Aurora was back in his cabin on the cruise ship.

It was about 7:00 a.m. when Aurora first got up.  Aurora remembered that he had one last chance, and he was about to go down and tell Gund about the flaming sword.  “Gund,” Aurora whispered.  Gund was waking up and was startled by Aurora and Gund asked, “What are you doing here?  I will not take anymore of you saying that I will be poor and you will be rich.”

“I was wrong.  I’m really sorry.  This is my last chance.  Will you forgive me and take a turn with the flaming sword?”

Gund said, “Yes!”  He wished on the flaming sword.  He wished that he and Aurora will be friends again.

The Message from John

Gund’s great-great-grandfather said, “Here I am with you, and you and Aurora are always friends.  You can have three more wishes.  Aurora is all done with the wishes except for one.  If Aurora asks you for a turn with the flaming sword, then you say yes to Aurora and don’t have the arguments.”

And we come to the end of when Aurora and Gund became friends forever doing all the stuff they can do with their wishes from the flaming sword.